Venus and the Seven Star.

Venus is well on its way to the Pleiades here in the first months of 2020.

When will Venus reach the Star of Seven?

Many have a planetary program or app. Can this solve the problem?

What is the angular distance from Venus to Alcyone (the central star of the M45)?

And what is the distance from Alcyone to the Moon?

The date above is suggested by Liesbeth Bisterbosch (NL) in the "Sternen- und Planetenkalender 2020 Verlag Urachhaus".

Is that the motif for the German Nebra disc from the Bronze Age? 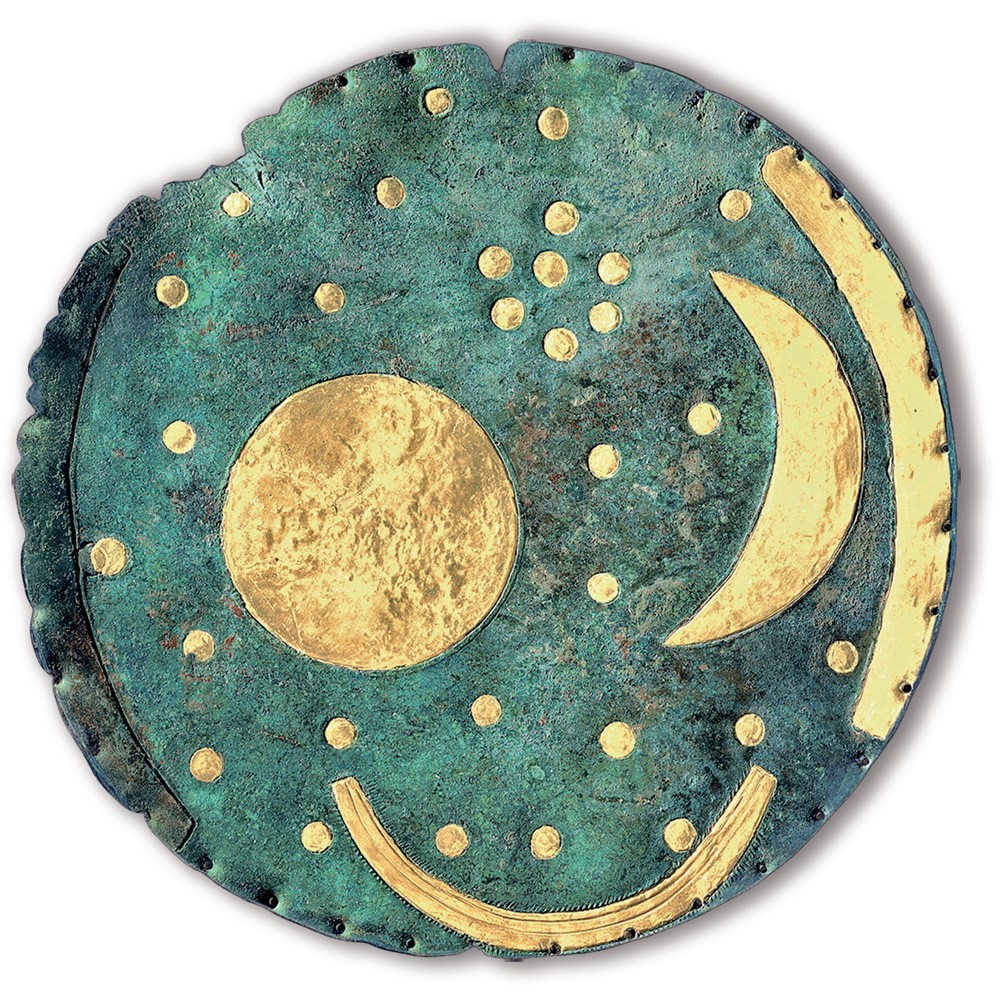 
At the Mathematical-Astronomical Section at Goetheanum, we ask ourselves the following question as a competition for all star friends around the world:

"Is there in the period from 2100 BC to 2100 AD other beautiful meetings between Venus, the Moon and Alcyone (the central star of the Pleiades) than the one mentioned above. "Beautiful meetings" (or I7M3 meetings) here means that the distance from Venus to Alcyone and the distance from the Moon to Alcyone simultaneously are less than 3 degrees, and that it can be seen in the evening sky from where the Nebra-sky-disk was found, Mittelberg (DE) [51 ° 17 'N + 11 ° 31' E] "

The term I7M3 meeting stands for (Ishtar - 7 star - Moon conjunction with maximum deviation of 3 degrees). Ishtar is the old Babylonian name of Venus at dusk.

It should be mentioned that the task above at least has one known solution.

But maybe there are many. Or maybe it was a very rare event.

In that case, it is a possible interpretation of this beautiful shield from the Ancient Bronze Age.

Send solutions for this second international competition to Søren Toft at the email address nebra@astoft.dk.

The winner will be found by drawing among solutions with correct dates and the name will be announced at www.astoft.dk/nebra.html.